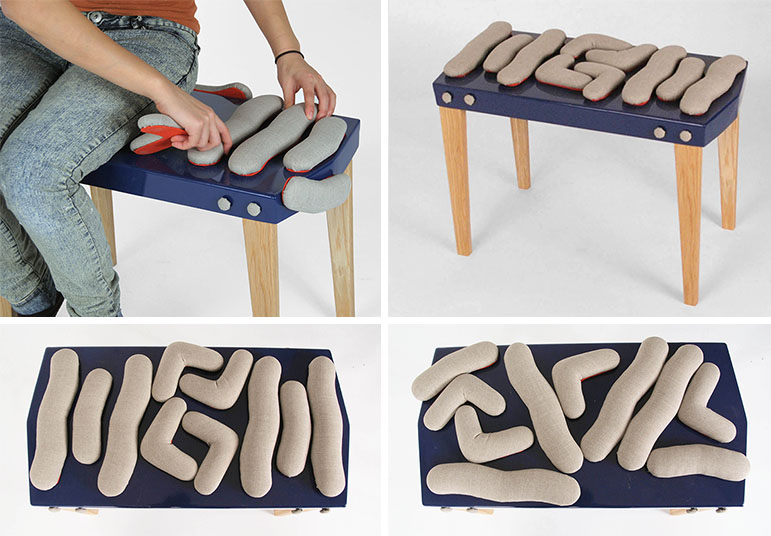 My favorite aspect of being a textile designer for the apparel industry is the challenge of crafting a pattern which will look good on the rack, but also flatter the wearer. This means knowing as much as possible about the end-use product, such as how complex the garment will be and where the seams will be placed. In all my years of working in this industry, I have never heard of anyone moving a garment seam to cater to a print. Naturally, this idea resonates with me (shouldn’t this be how the industry operates?) and I was intrigued by the pieces that you see below, which were created by designer Rachael Rendely.

Rachael is a recent graduate of Furniture Design from Rhode Island School of Design (RISD). For her thesis she attempted to “combine form and surface design to create an object where they are both informing each other. For my first object I tried to design both the fabric and the form so that neither could live on its own, to do this I designed both parts simultaneously and continuously edited them to fit together.” 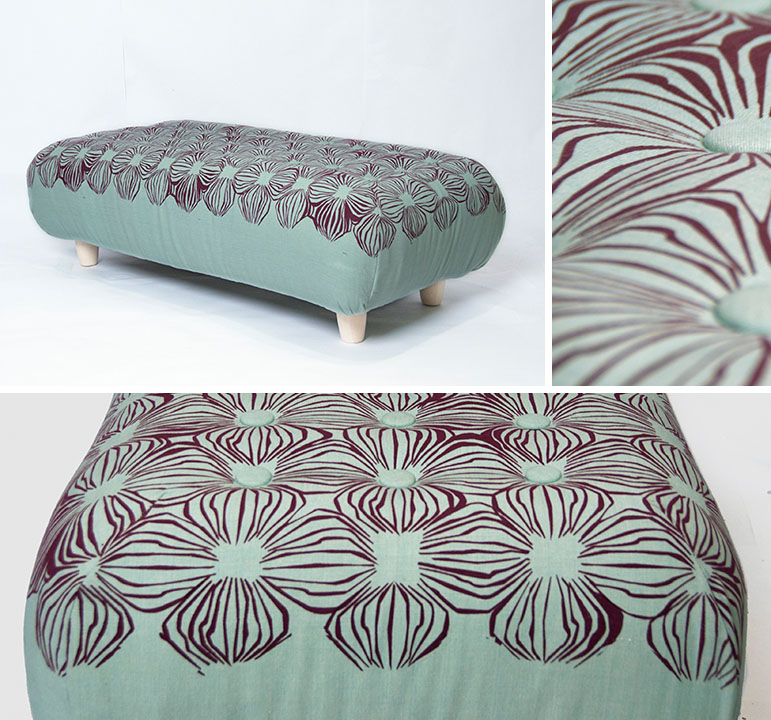 “When I began working on the print for this ottoman I was interested in this idea of a pattern emerging from the seams of the upholstery. That idea led me to explore how I could merge the voluptuous shapes created by tufting with a very graphic two dimensional silk screen pattern. I kept the overall form of the ottoman simple so that the focus would be on how the pattern and tufting worked together. However, I paid close attention to the seams, hiding them where there were a lot of lines in the pattern.”

Her second piece, entitled Doodle, is an “ottoman that invites users to sit and play with the cushions. The cushions are three different shapes with hidden magnets on the bottom. This allows the user to re-arrange the cushions in whatever design they like, giving the user the control to create the pattern. “

Rachael is currently looking for freelance and job opportunities. To learn more about her work (don’t miss the dressy boot-love!) please visit www.rachaelrendely.com