Katagami is the traditional Japanese art of paper stencils, and katazome is its complement – the traditional art of dyeing textiles using a resistant rice paste which is applied to the cloth, most often through the stencil. (The two don’t always come together of course, Katagami is sometimes simply used with inks on paper, and Katazome is occasionally applied freehand to fabric through a small tube.)

The making of traditional katagami is quite labour intensive. First, multiple layers of thin washi paper are bonded together with a glue made from persimmon extract, resulting in a strong, flexible, brown-coloured paper. The designs are cut by hand with a knife, and sometimes with shaped punches. Then, if the resulting katagami is particularly intricate or delicate, it is stabilised by overlaying the cut with a fine net of silk or hair.

The katazome is applied by brush through the screen and allowed to dry before immersing the fabric in dye. Indigo has been the dye of choice for Japanese textiles for generations – not only did it have a particularly affinity for cotton, but it was also believed to repel insects and snakes, and it was much favoured by farmers when working in the fields. 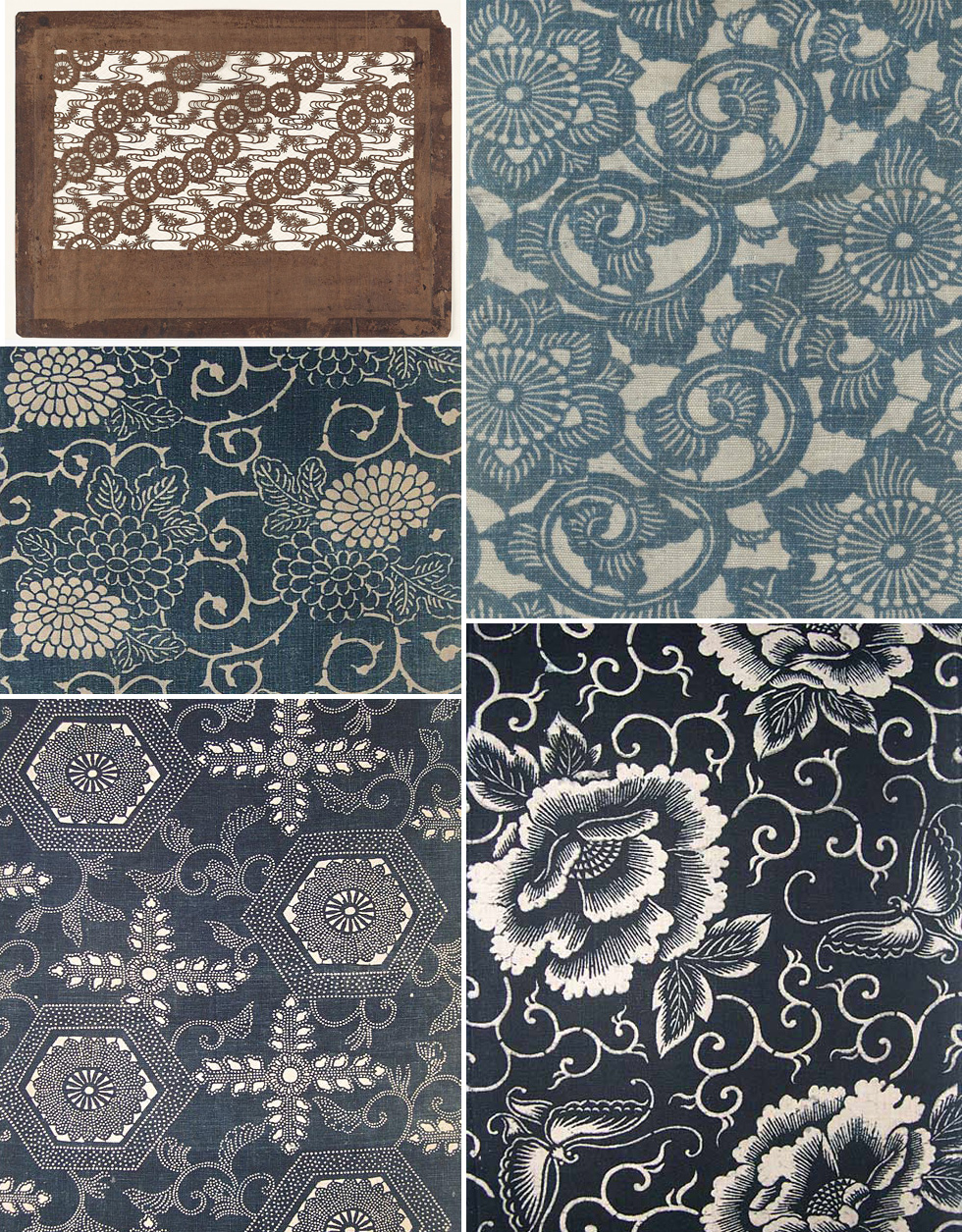 Both katagami and katazome have been used in Japan for centuries, with the use of stencils being recorded as far back as the 6th century. However, it was around the end of the Edo and through the Meiji periods (around mid-1800s – early 1900s) that they gained an enormous boost in popularity when Japan opened up its trade with Europe. The beautifully patterned fabrics became sought after by artists, designers and wealthy European patrons alike.

The designs had a huge impact on the Arts and Crafts movement throughout Europe. The Japanese patterns of this period are often quite rhythmic, featuring large motifs such as family crests, umbrellas, boats or birds but especially flowers, joined by flowing branches and leaves, floating over a background fill of dense, small-scale pattern. The same flowing lines, rhythmic spacing of motifs and background fill can be seen in many of the Arts and Crafts designers from around that time; for instance Walter Crane, William Morris and CFA Voysey. 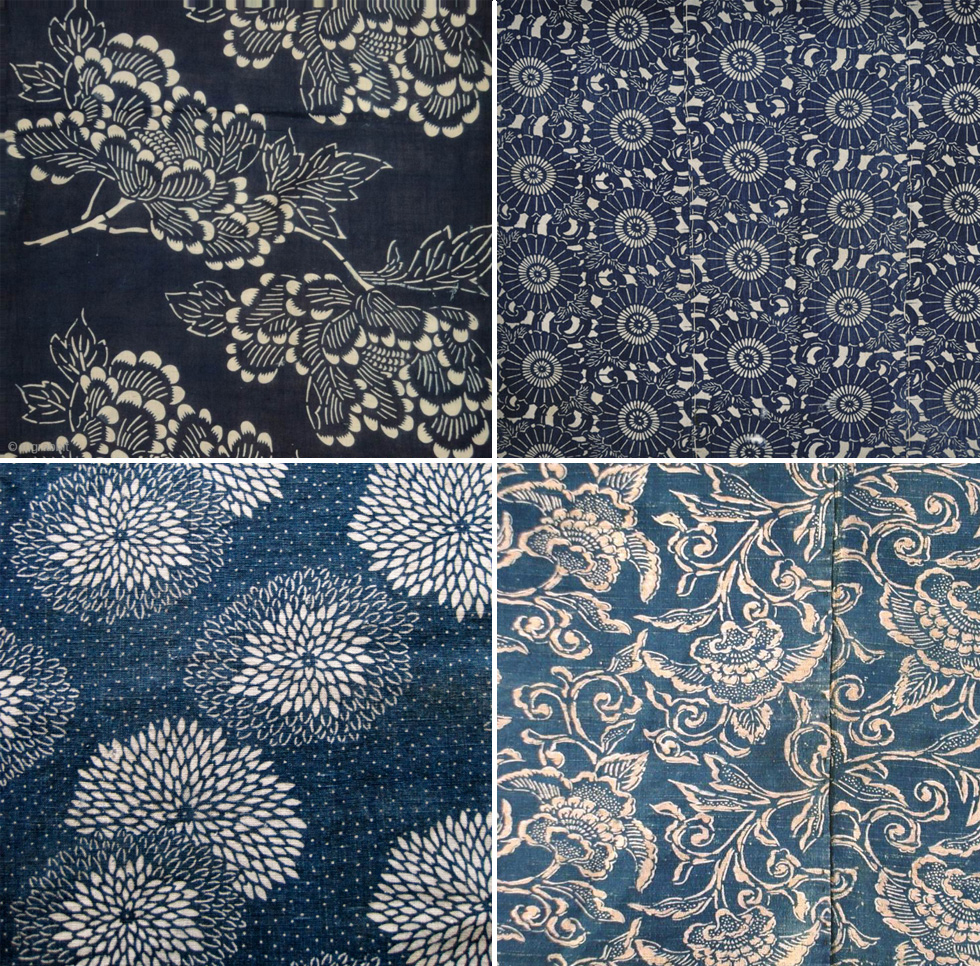 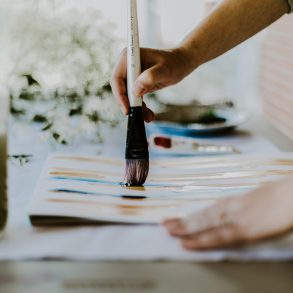