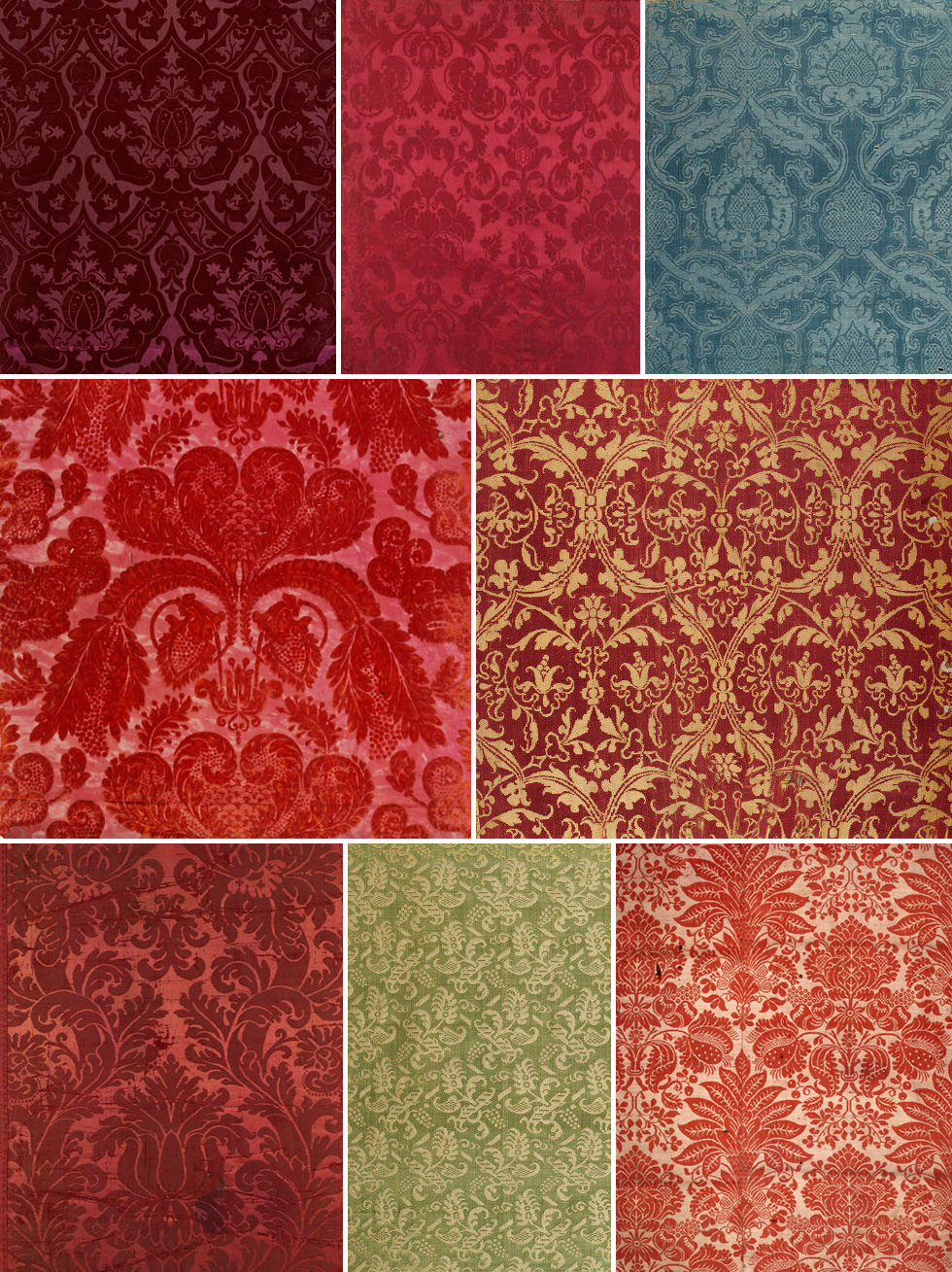 You might be forgiven these days if you think of damask as a type of pattern, featuring elaborately scrolled motifs arranged in a lozenged grid. And certainly, those designs are quite common amongst true damasks. However, real damask is actually a type of fabric which uses a variety of weaving techniques (most commonly satin and twill variants) to create areas of different sheen in the cloth. Because the different textures reflect light differently, the patterns show as variations in tone, and sometimes the weave is given even further emphasis by using different colours in the warp and weft. The fact that the pattern is woven into the cloth means that the fabric is always reversible (other fabrics that use multiple colours and are not reversible are called brocades).

Originally hand-woven and most often made in silk, damasks have had a long-standing status as a luxury fabric. They were first produced in China over a thousand years ago, but didn’t cross into the European sensibility until the 14th century, when they began to be woven on draw looms in Italy.

Very early European damasks featured flowers, fruit and animals. The scrolled motifs more commonly thought of today as ‘damask’ – those based on stylised acanthus leaves, feathers and the like –  became popular during the Renaissance, and have remained so. Even though these scrolled patterns were the most common, there were many other types as well, including hunting motifs, monograms, coats of arms and even entire scenes. The heavy fabrics were used for rich furnishings – curtains, walls and upholstery – as well as clothing. 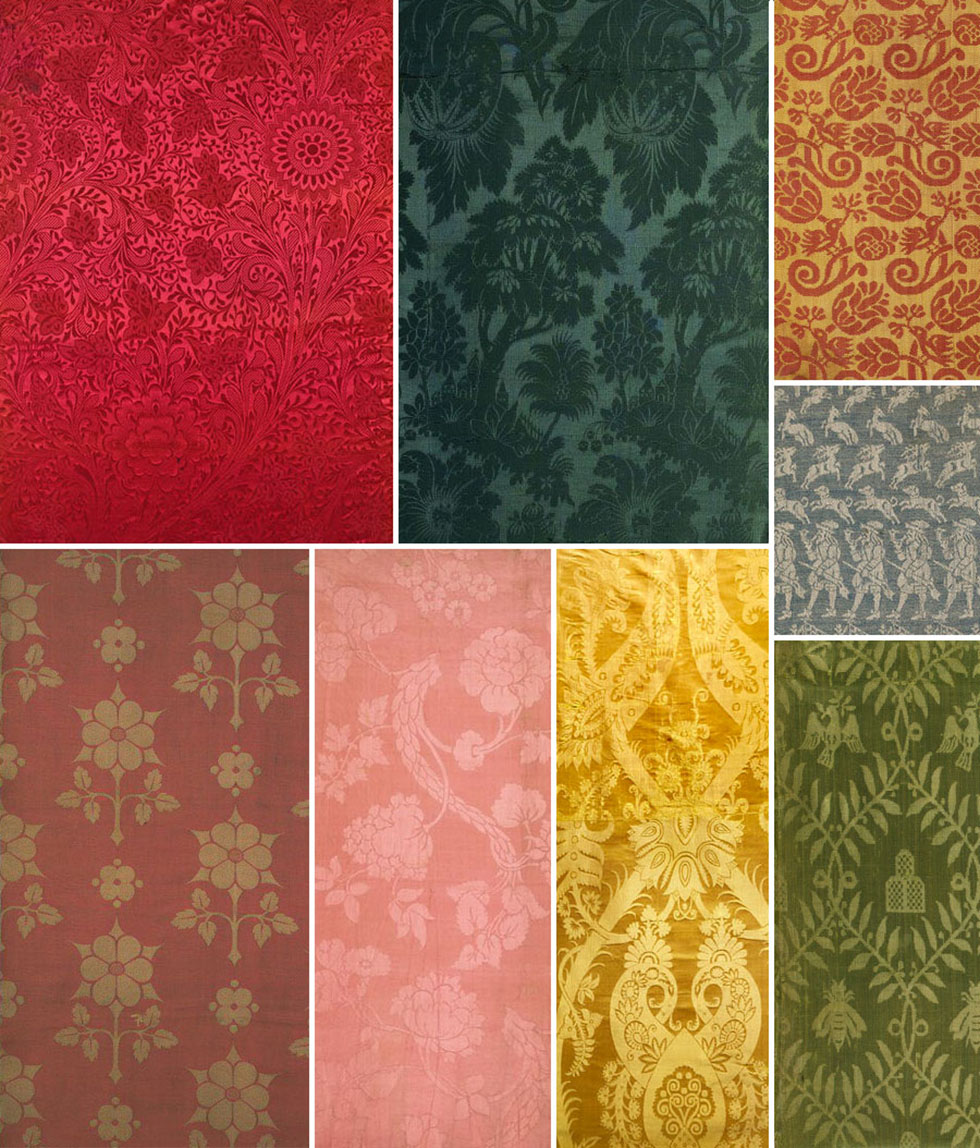 The Jacquard loom was invented in 1801, and it changed EVERYTHING. Its system of card-controlled weaving meant that damasks were no longer reliant on the painstaking process of complex hand-weaving, but could be produced more quickly and more cheaply than ever before; and so damasks increasingly made their way into the middle classes during the 19th century and beyond.

The game has changed again; now there are not only many, many revivalist versions of traditional styles, there are also designers pushing damask in new directions. Some feature cats, some skulls; some are like 70s pop versions in bright layers of colour. And of course, there is also the ever wonderful Timorous Beasties, who in one design hit go totally massive with their large-scale  ‘Devil’s Damask’, and then in another, somehow turn a Rorschach ink blot into a decorative treasure for your walls. 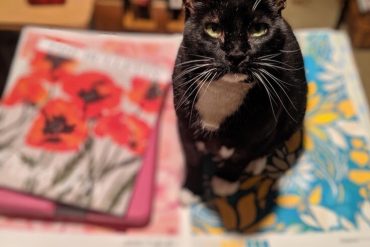 Inside the Studio: Cats and Dogs 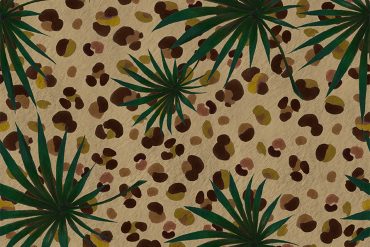 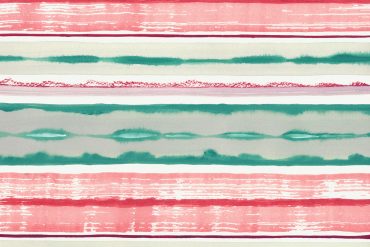 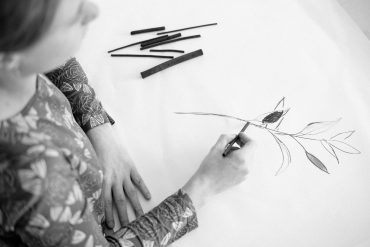 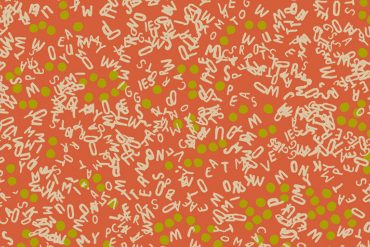 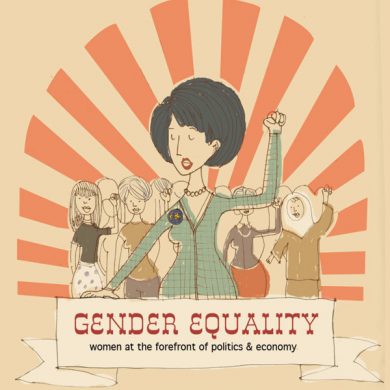 Starting a freelance design business: Amy Ng
We use cookies to ensure that we give you the best experience on our website. If you continue to use this site we will assume that you are happy with it.Ok