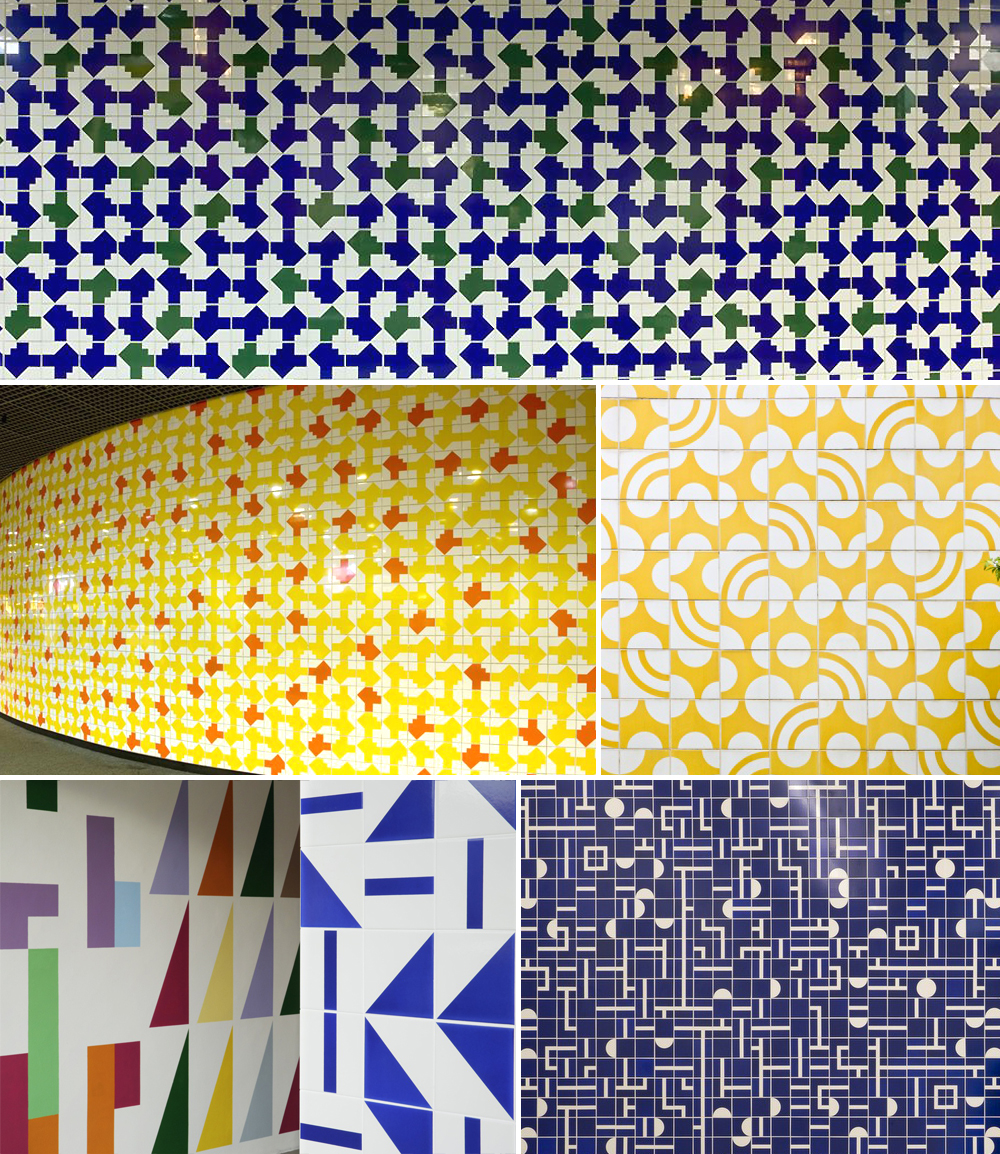 I discovered Athos Bulcão (1918-2008) quite by chance, when I was pinning something of his on Pinterest (I do love me my Pinterest!). The image was wrongly attributed to architect Oscar Neimeyer, but shortly after I pinned it I got a comment to let me know that it wasn’t Neimeyer’s work at all. So that prompted me to do a bit of a search for Bulcão… and I fell deeper and deeper into his seemingly endless world of tiles and murals and so much more.

I’m a little mystified as to why his work is scarcely known outside his home country – he must surely be the king of geometric patterns. A Brazilian artist, sculptor and designer who worked often with his good friend, architect Oscar Neimeyer, his designs are at once surprising and harmonious, always outstanding for their inventiveness and freshness. 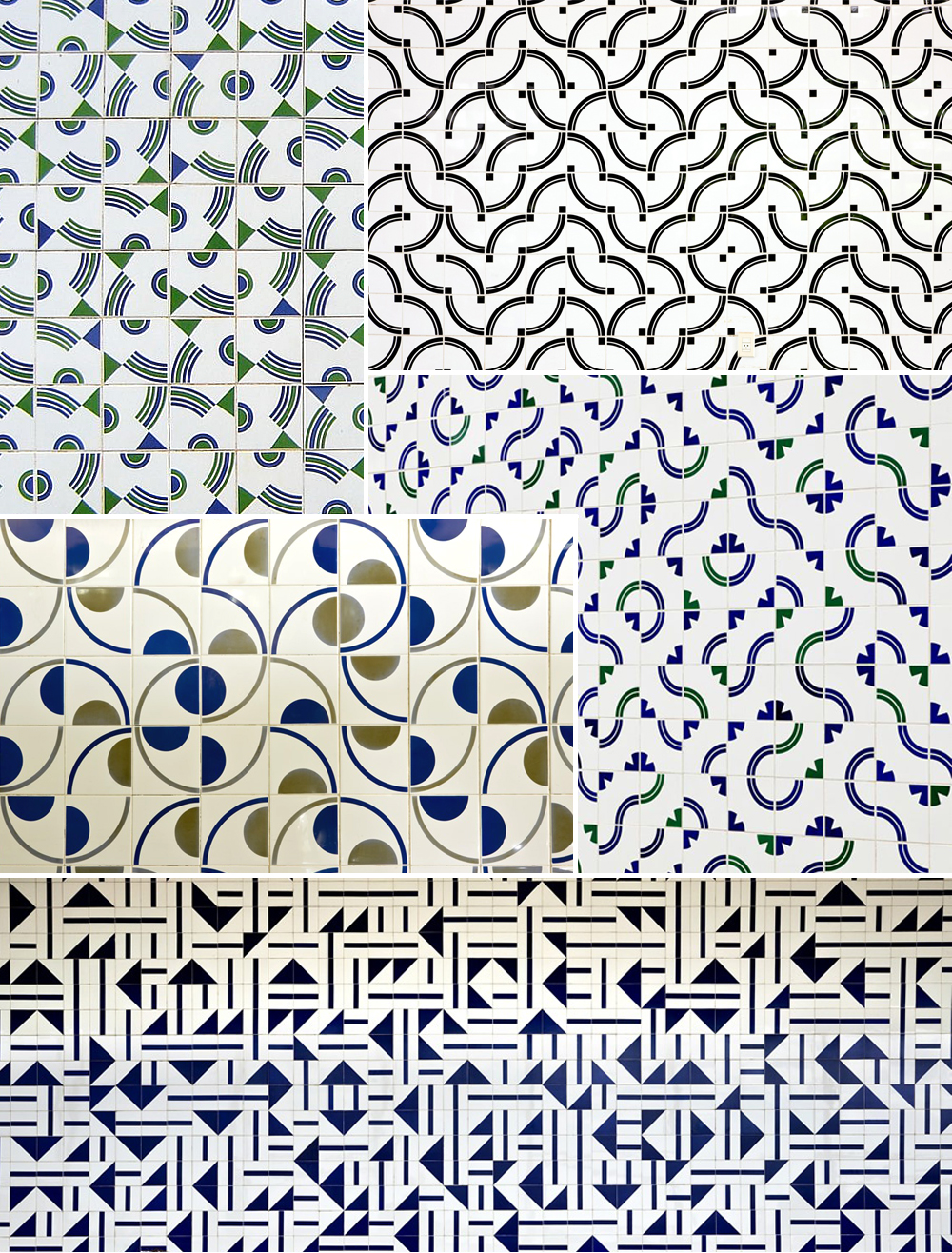 Part of his magic is his approach to pattern. After designing the individual graphics for each tile, he often left the final on-site installation to construction workers – preferring to allow the element of chance, and the workers’ lack of art-school-type preconceived notions to do the work. The result is an array of organic, shifting designs, consistently lively for their absence of tight repeats. Our eyes dance over the surfaces, with patterns too big for our minds to grasp all at once.

Born in Rio de Janeiro, he first studied medicine but abandoned it in favour of the arts, making friends with Neimeyer along the way. They continued to work together for most of their lives, with Neimeyer referring to Bulcão as his “constant and necessary friend”. Bulcão likewise spoke of their close working relationship, and likened it to that between a film director and composer – where his patterns added orchestration and colour to Neimeyer’s expansive volumes.

Bulcão had already established himself as an artist of note in his home country, working on murals from the early 1940s. These featured abstract geometries and stylised forms, and were installed in numerous sites, from churches, to hospitals and hotels, often in collaboration with Neimeyer.

However, it was in the late 1950s that his career exploded. It was a period of radical change for Brasil – a new and charismatic president had been elected who promised to revolutionise the country and the economy by stamping out the corruption that had plagued it, especially in the then-capital, Rio de Janeiro. Cue a brand new capital city – Brasilia – and a massive injection of funds into the arts and a building program that would turn it into a modernist architect’s playground.

And it was perfect for Neimeyer and Bulcão. Working together, moving from project to project to project, Brasilia is now beautifully littered with their public buildings and decorations, from schools to airports to libraries and everything in between.

And there is so much more. Bulcão was prolific, and when he wasn’t working on murals, he spent his time painting, drawing, creating sculptures and designing costumes and sets for the theatre, amongst other things.

He really should be more well-known than he is, don’t you think?

Is your eye drawn to the colors and patterns you see on clothing or in home decor? Do patterns fill your doodles, drawings and artwork? You could make money in the textile design industry. Get our FREE video training today!