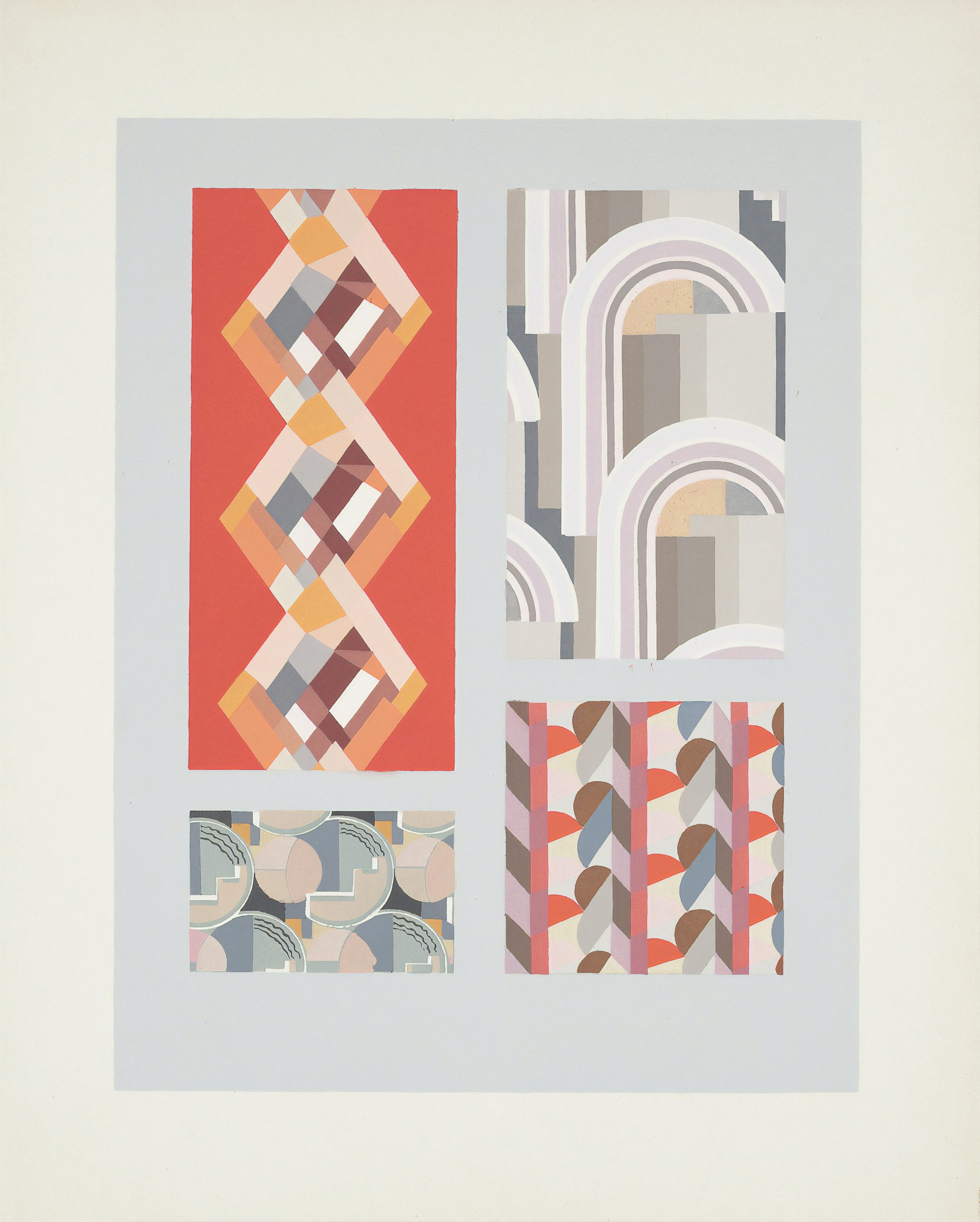 When I was a teenager I cottoned onto Art Deco patterns and loved them for their symmetry and opulent glamour. It was glorious in its stylised waterfalls, sunbursts and geometry, and was epitomised for me in the monumentality of the local cinema with its dual staircase and velvet furnishings. Even the air vents there were covered in a patterns of spirals and zigzags.  And perhaps it’s just me having a thing about geometric styles of recent times, but I think I’m starting to see bits of Art Deco style everywhere.

Art Deco emerged firstly as an architectural style around the 1920s, as a reaction to much of the romanticism of Art Nouveau, and was influenced by art movements such as Cubism, Modernism and Futurism. It extended into the decorative arts shortly after, particularly in building details like decorative window grills, door panels. ceiling moldings and more. Designers such as Edgar Brandt (a blacksmith who started out designing weapons for the French military) excelled with this new vocabulary, which celebrated the slickness and speed of the machine age and mass production. It incorporated many machine-like motifs including cogs and gears, and was obsessed with heroic geometry, using motifs of spheres, cubes, chevrons, squares and more in seemingly endless symmetrical combinations. Even organic motifs such as flowers, leaves and water were reduced to stylised versions of themselves in art deco patterns.

Textile design and art deco patterns complemented the architecture and the other decorative arts. It was strongly rhythmic, achieved through bold motifs and tight repeats. Colour too was bold; it was most often flat, with strong contrasts in clean shapes. It was experimental as well, and colour was often layered in an exploration of optical effects on 2D surfaces. Designers such as Sonia Delaunay and Raoul Dufy were well known for their distinctive takes on the genre, driven by their own interests in abstract painting, colour and form.

Art Deco patterns were sophisticated and sexy, streamlined and orderly. It was incredibly popular at its height, and remains influential today. 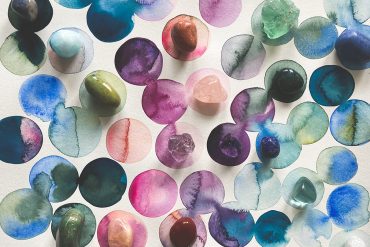 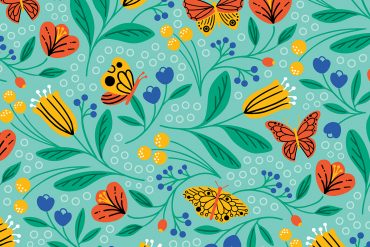 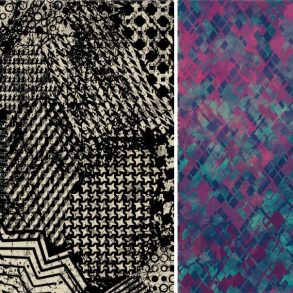