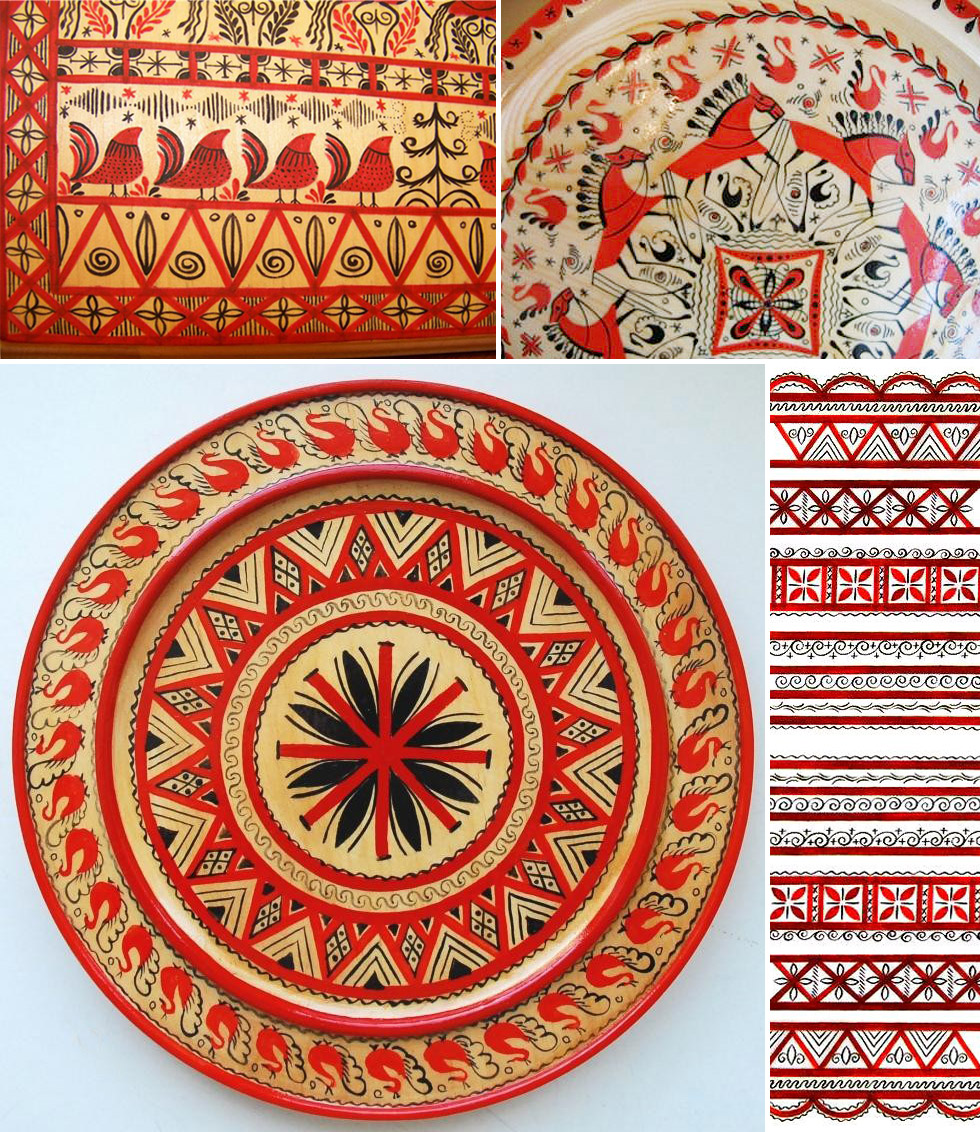 I don’t always know exactly what I’m looking for when I start investigating a particular pattern style. To be honest, I only had a vague idea of Russian folk patterns, and that was all mixed up with a bunch of other European folk traditions. But that’s exactly what I love about research, and it was a fabulous surprise to discover there are a number of distinct styles of Russian patterns- although perhaps that’s not so surprising, given the size of the country.

There are a few themes that run through most of these styles – nature is central, and there are animals, birds, and particularly full-blown flowers and fern leaves, arranged either in circles, or along sinuous lines. However, the choice of colours and techniques vary between  styles, and often this variation is also to do with the choice of material, for instance different styles are used for wood and ceramic.

Here at Pattern Observer, we tend to concentrate on repeats for large, flat surfaces such as fabric. However, a lot of Russian folk designs are made for specific domestic items, such as cheeseboards, plates, teapots, and spinning wheels, so that the patterns are dictated to by the shape of the surface they’re decorating. This means that rather than an overall pattern, decoration is part pattern, and part motif. The stylistic elements are all there though, and elements can easily be translated to different layouts. And I love finding inspiration in different places and pushing the boundaries, don’t you?

Hence, the image examples I’ve given are mostly of decorated objects.

I’ll split these Russian pattern styles over a couple of posts, so we can look at them in more depth.

Mezen is the oldest of the styles and originates in the far north along the Mezen river. It features highly stylised, graphic forms in a limited palette of red and black on a pale ground. It is full of symbolism, often including simplistic representations of horses, deer and birds, as well as the ever-important sun, giver of life. Sometimes it also included scenes from Slavic mythology. Sections are frequently separated by stripes or tiers, and that can also be symbolic of the three tiers of the world – underground, earth and sky.

Mezen style mostly appears on domestic items made of wood, but it is also the basis of many embroidery patterns as well.

The Other Life of Eugène Séguy, Entomologist

South west of the Mezen is the North Dvina river. The style from this area shares some strong similarities with Mezen, such as black outlines, flat colour and prominent use of red, but North Dvina style appears much more colourful and lively. It achieves this through an extended palette with the addition of green and yellow, and its animals, plants and people, while still symbolic and highly stylised are much more naturalistic. Lines vary in thickness and are lyrical and flowing, inclusive of rolling scrolls and fan-like structures; and the geometric patterns prominent in Mezen are reduced to simple triangles and arcs around the edges of each item. 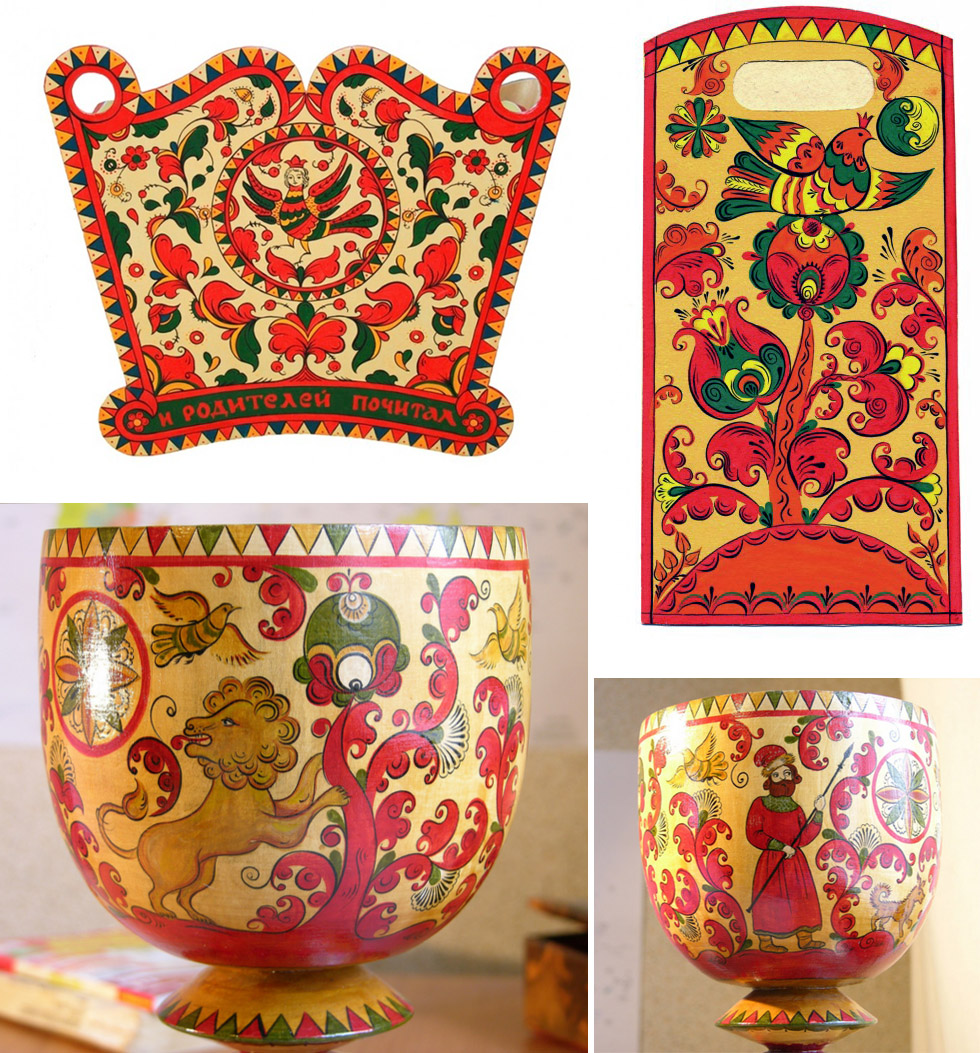 Series on the history of Russian patterns by Julie Gibbons. Explore Part Two of this series here. 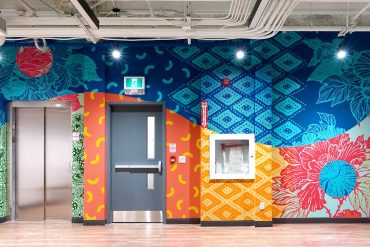 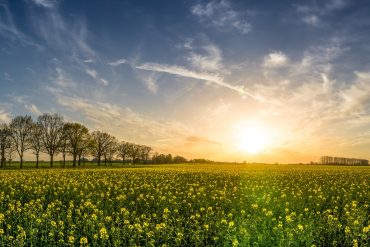 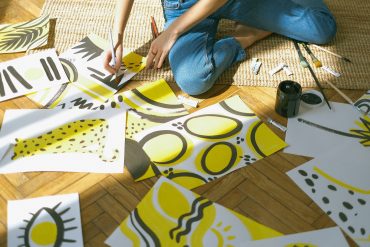 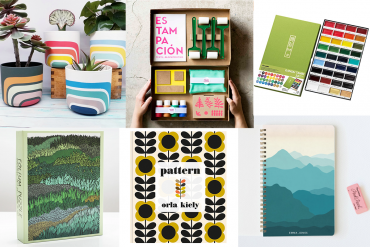 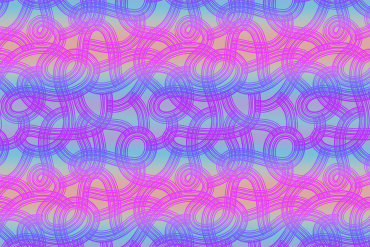 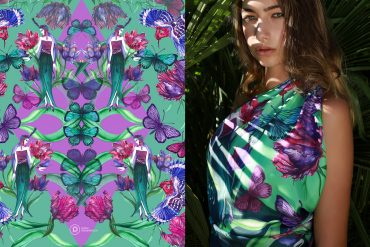 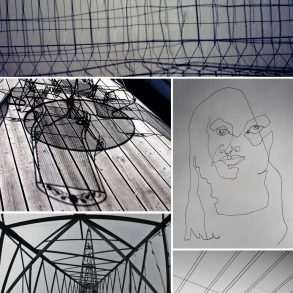